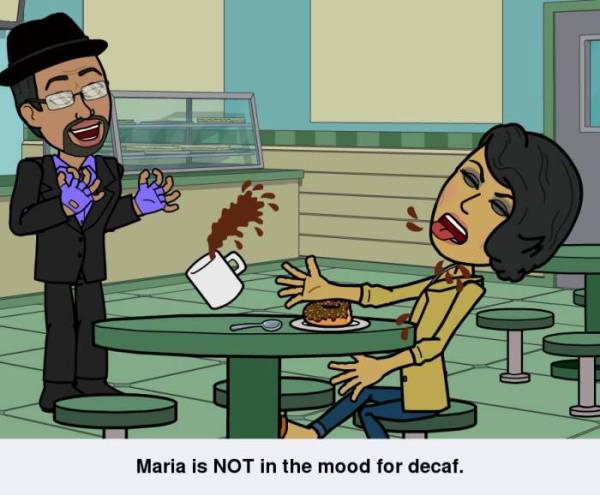 “It’s purzun,” she says
or at least she would, were the Bronx in her socks
instead of the south of London in her jeans. And
she arises, bent, but better, awakening, shaking off the
dusty din of discarded decaffeinated detritus,
the daily drudge of dying promises
of lies he said, of didn’ts he did and
woulds he wouldn’t and love
that never sweetened the bitter taste of his
stale, morning brew.

but it’s a fresh morn, time for
starry starts and ill-spent dreams
time for love in the streets, of
surreptitious tugs and licentious licks
of games of touch and songs
with no words but plenty of woodwinds
and a salty rhythm from just south of the Equator.
in the old days, that baker’s dozen
dime-store brew, she’d settled for the ease
of decaf, taking the tinge of bitterness
from her palate, and praying for the
death-strike of hope, to…