So, I’m back to selling books. Long story short, I pulled all of my books from sale a few years back because although they were well-received with good reviews, 1) I didn’t have any time to market them, and sales had dwindled to nothing and 2) My writing style and focus changed. Fast-forward to early 2017, and I’ve written three new books, around 400 pages of short fiction, and re-written and tightened all of my previously published work.

Plus, I retired from my day job, so now I’m full-time me.

That said, under the auspices of Panthera Press, I’ve begun publishing my fiction once again. I’m starting slowly and feeling my way around. To that end, Panthera’s first release of my titles is a novelette entitled Beyonder currently available on Amazon. Like all Kindle books, it can be read on any PC, Mac or phone simply by downloading Amazon’s free Kindle reader software.

Beyonder is a sweet tale about a little girl who is befriended by an elephant–who may or may not be able to talk–and the adventures they have together. It should take around 60 to 90 minutes to read and costs only $0.99 for most people. It is, of course, free to Kindle Unlimited subscribers.

As incentive to purchase the story, I’ve included a brief excerpt below, which is also included should you clink the Amazon Link to the story.

Without further ado, here’s the opening to Beyonder. 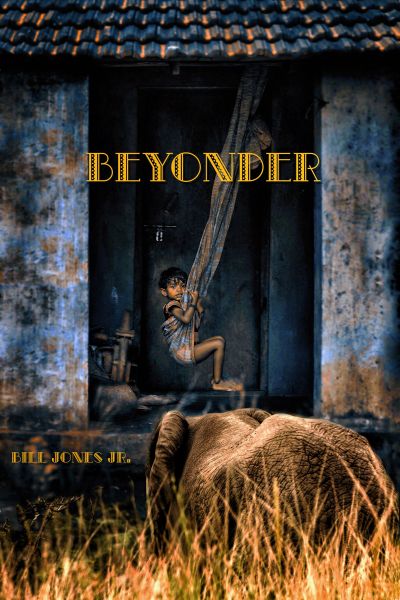 Praful’s friendship with Yanai began on her second birthday when, upon their meeting, the young elephant, Praful, decided not to kill the girl, Yanai. It was a grand concession considering the toddler had escaped her nanny’s watch and encroached on the young giant’s favorite watering hole. Yanai trumpeted his displeasure, but being a reasonable creature, stopped short of trampling her into dust. Praful returned the favor with her most precious of offerings—a toothy smile that some would later claim had accompanied a pledge of lifelong adoration and fealty. In truth, Praful just thought Yanai was silly. Their meeting came on a dry June, the fourth consecutive year that the month had returned without bringing its promised rain. There was hardly enough moisture to dampen the dust that Yanai used to shield his delicate skin from the harsh sun. Like Praful, he had also wandered from his family, hoping to cool himself in the last, dewy drops of the mud-caked water hole. It was not to be, however. Instead of cool relief, he stumbled across a hairless jabber cat dancing and splashing the precious water from its gasping bed and into the thirsty soil that grasped at its banks. Trumpeting his indignation, Yanai raised his trunk, blinked a blurry eye in the jabber cat’s direction, and charged the little beast.

It giggled at him.

Yanai stopped, wondering at the sound, which to his elephantine ears sounded like the song of thunder from over the mountains that loomed in the distance. Surely a beast that laughs the promise of rain cannot be a demon. He paused, trunk still raised, and stared, blinking the bright sun from his weak eyes. The odd beast stood facing him. She was as naked as the sun was strong and bounced up and down while attempting to reach the tip of his long proboscis. The elephant realized the small creature was not a cat at all, but some sort of mud-tinged monkey that exuded the perfume of flowers and ripening fruit. Yanai took three careful steps backward, though the strange, babbling monkey’s smell made him hungry. He so yearned for the rains and greenery that had eluded him since the year of his birth. Now, ordinarily, a brave and strong beast such as Yanai would have taken the small child’s aggression as an affront and dealt with it swiftly. However, Yanai’s mother was nowhere around, and Praful’s full height was enough to intimidate the young elephant (though he would never have admitted it). Besides, the more she babbled, the more soothing her sounds proved to be.

He decided to let her live.

Instead of charging, he gave a few careful sniffs with his trunk and snorted an exhalation that blew the girl’s hair in a puff around her head. She laughed even louder, finally scaring young Yanai into scampering back toward the safety of his browning forest. He soothed himself with thoughts that he could have killed her had he wished. Monkeys are hardly worth the effort, he decided.

From behind, he heard a plaintive, “Bye, bye,” followed by a shrieking that he thought could only have been a real jabber cat taking the poor, naked monkey for a meal. In truth, the shrieking had come from Praful’s panicked nanny, who’d tracked the girl to the watering hole and was at that very moment admonishing her—not for being alone among wild beasts—but for running naked where “someone might see” her. God forbid their neighbors would discover Praful was a girl rather than the son her father claimed her to be.