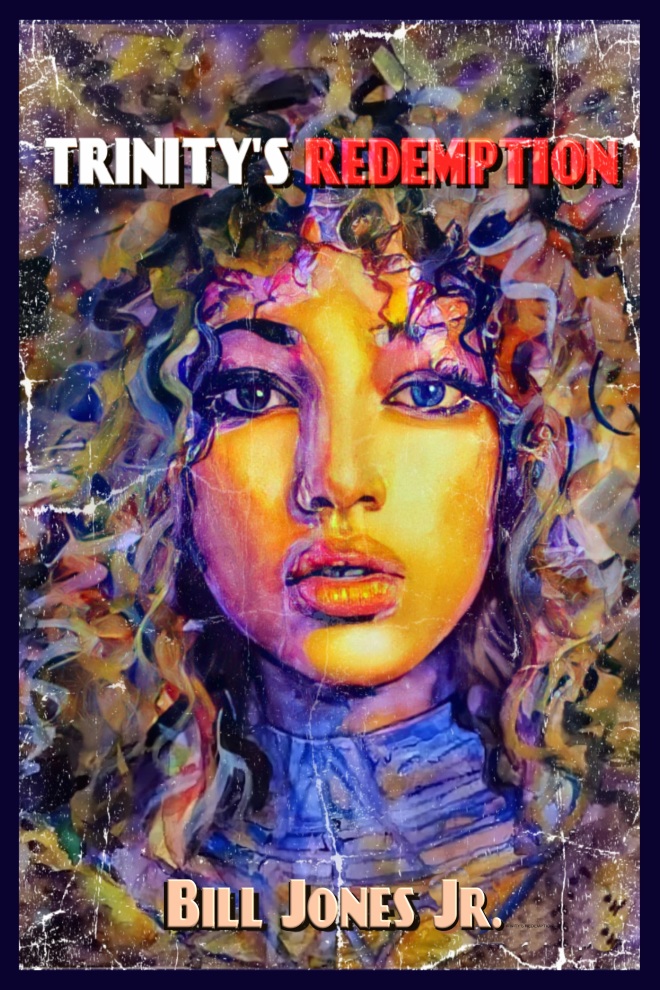 I am proud to announce the release of my latest novel, Trinity’s Redemption, for pre-order. The book serves as both prequel and sequel to Hard As Roxx, in a tense thriller told by Trinity herself.

Trinity Sandahl tells her story in the form of a lifelong autobiography, split into two parts. “Book 1” details the events prior to Hard As Roxx, while “Book 1” explains how she came to end up on Velushia as Chan, Riley’s love interest in If A Robot Play The Blues Do It Still Be Funky. Both Trinity’s and Roxx’s books serve as prequels to the Aligned World science fiction series.

“After nearly a century’s worth of increasingly deadly pandemics and a worsening global climate, the world into which Trinity was born bears little resemblance to today’s earth. The United States is threatening to fragment into five or more pieces; Africa has become Africasia, a political hotbed on the brink of war; and most of Europe in buried in nine months of winter. Enter Trinity, born to a fabulously wealthy family and one of a few with both the inclination and the means of saving the planet.

“Within the wild adventure she calls her life, Trinity is, at various times, an academic, revolutionary, terrorist, political target, world leader, wife, mother, and is even proclaimed the New Moses as she attempts to lead captive robots and androids to a new promised land. By the time she survives her second political assassination, she knows the world needs a radical solution if there is any hope of saving the planet. That solution is Trinity … or Trint or Chan … or whoever she is that week.”

I hope you will take the time to check Trinity’s story out. As its author, I’m biased, but I think it’s not only a rousing bit of science fiction, but it’s the best thing I’ve ever done. Trinity’s Redemption will be available for Kindles, Kindle software on all devices, in paperback, and in hard cover on 15 October 2022. It is officially Dystopian Sci-Fi and Cyberpunk, but it easily fits within the subgenres of Biopunk and Nanopunk. The Amazon listing estimates it at 481 pages for some reason, but it’s 385 pages long.

Warning: the book depicts scenes of violence, sexuality, and contains strong language. If you are firmly opposed to LGBTQ characters, this is not the book for you. Most of this story’s leads fit that spectrum.